The Best TV Shows & Movies Coming to Netflix in October 2019

Fall is right around the corner, and as the leaves start to pile up outside and the air becomes more chilly, you’re gonna wanna toss on a hoodie and enjoying some time with your ole buddy Netflix. October brings a slew of library titles and a bunch of Netflix originals for you to enjoy, and we have the full list of all the TV shows and movies coming to Netflix that you might want to watch next month along with some of our favorites cherry-picked out of the line-up.

Find out all the best TV shows and movies coming to Netflix in October 2019.

I don’t care what anyone says about the quality of this movie. Kenan Thompson and Kel Mitchell make for a hilariously goofy team in this Nickelodeon movie. Even though it’s geared towards kids, there are some genuinely funny gags here thanks to the comedic skills of the young stars at the height of their early fame. It’s a great throwback for the kids of the 90s out there. (October 1) 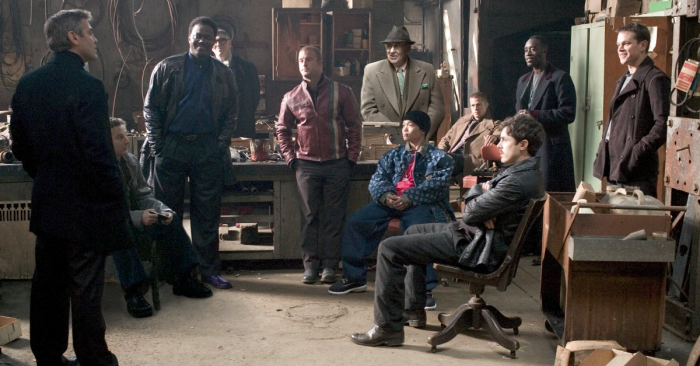 For some reason, this movie wasn’t quite as revered as Ocean’s 11, but I think it’s every bit as good and in some cases even more entertaining than the first movie. Director Steven Soderbergh gets a little more self-indulgent with this one, and the inside jokes between the cast do too, but this one feels so much less like it’s trying to be a crowdpleaser and allows this group to just have a good time with each other while making us feel like we’re in on it with them. Plus, it has some truly stunning cinematography and a soundtrack that’s even better than the first, in my opinion. (October 1)

The raunchiest animated series that Netflix has is back for a third season, and there are already three more ordered to follow it. This year, there are new students, new changes to hormone-raging bodies, new hormone monsters, and so much horniness that you won’t know what to do with it. (October 4)

In the Tall Grass

The stories of Stephen King are all the rage on film and television right now, and Netflix is bringing one more to your screens with In the Tall Grass. This one comes from a novella that King wrote with his son, author Joe Hill, and it follows two girls who try to rescue a crying boy in a field of overgrown grass, but soon they find themselves separated, lost and unable to escape. But there’s something much worse lurking in the grass that they should be worried about (October 4)

Breaking Bad is back, bitch. Vince Gilligan is back with a feature length follow-up to his critically acclaimed, Emmy-winning series. The story focuses on Aaron Paul as Jesse Pinkman and the events that followed the conclusion of the series. Details on the plot are being kept under tight wraps, but for Breaking Bad fans, this will be a must-see next month (October 11)

For anyone who needs to wash the bad taste out of their mouth that was Men in Black International, you can go back to the start of this sci-fi comic book franchise and remember what made it great. Will Smith and Tommy Lee Jones make for an outstanding duo, and we get the bonus of one of the weirdest performances that Vincent D’Onofrio has ever delivered. (October 19)

Dolemite Is My Name

Eddie Murphy needs a big comeback, and Dolemite Is My Name is one of many things that will help make it happen. Reviews from the Toronto International Film Festival have been great, and there’s the possibility of Eddie Murphy even getting some awards love. Combine that with a great ensemble cast, and you’ve got a movie you won’t want to miss on Netflix. (October 25)

Continue Reading for the Complete List of Movies Coming to Netflix >>

The post The Best TV Shows & Movies Coming to Netflix in October 2019 appeared first on /Film.